So hey guys! Sorry I haven't had any posts in a week, I've been working on moving my blog to Wordpress. If you would like to check it out, it's at cheyennetrumbo.wordpress.com. (I honestly wouldn't if I were you, it's only old posts at the moment and I haven't gotten the homepage set up like I want it. But it's up to you.)

ANYWAY, big news shall be coming to the blog soon, as soon as I get it set up fully with Wordpress.

Look forward to that!

Posted by Unknown at 8:50 AM No comments:

Hey all! This was not a planned post (as if most of them are. *snicker*), but I realized this the other day.

When you're planning, writing, and editing, keep in mind your ideal reader. Are you writing for children? young adults? adults? Men? Women? Do they have a lot of time on their hands? Are they in a hurry all the time? Do they have time to sit and devote to your book or will they put it down if it shows a hint of getting slow?

This might seems like unimportant questions, perhaps something that will work itself out without your needing to work at it. For some people, I have no doubt, they are. Some authors may never think about audience. However, I would hazard a guess that many of these never sell many books.

I would highly suggest finding someone whom you want to write a book for. Who do you want to read your book? Who simply must enjoy it? Find one person in your life. Keep them in mind as you're writing.

For me, that one person is my mother. She's read my very very first draft. Normally I would say that's a no-no, but my mother's not an editor, she's not a beta reader, she's not giving me any feed back except her reactions to scenes and telling me to "write more, now". Until I finally finished it. Now it's "Edit it!" But I digress.

I recently gave her the last four or five chapters of the rough draft. Her reactions to some scenes were... not what I expected. They're not even what I had hoped for. Not anywhere close. BUT, she did give me some insight into a character who had reacted in a way I hadn't expected. That feedback is invaluable. Now I have some idea of other things that need to be fixed/changed in editing before it goes out to beta readers.

Now, my mother may not be the target audience for EVERY book, I'll probably use friends and other family members at points, and that's okay. Not every book is good for everyone. Some people enjoy fantasy more than others, some steam-punk, some like romance (which I thought my mom preferred, but she LOVES Mortality).

A Tip: If you're book is romance, don't have a hardcore Tolkien fan in mind for your target reader. It doesn't make any sense. Instead, find a Nora Roberts fan. Someone you know. Let them read your book (I'm not saying VERY first draft, but early) and they will give you invaluable feed back.

See the arrow? Yeah you should totally look at that word count meter. Notice how it's moved? Probably significantly since you last looked at it, right? Yeah.

I've been editing. A lot. Alright, so it's not really that big of a number. But it takes me awhile to get through a scene. Many of them need entire rewrites. And I'm adding a lot of scenes as I go through. So I'm making progress, but also most of these scenes I would still count as first draft and are still labeled as such in Scrivener.

By the way, about Scrivener. It's awesome. If you don't have it, and you write anything, you should totally think about getting it. They even have a thirty day trial. FREE. You can see and read about and download Scrivener here. It works on both Mac and Windows, with the Windows updates being a bit behind. Don't worry about it, though. It's still awesome on Windows.

Okay, with that little bit out of the way, I'm going to talk a bit about editing. I know I had a post on how easier it's becoming for me to edit this the more I do it, but I don't think that's unique to me.

The more I edit, the more I want to edit. I'm putting the first layer of shine and polish onto these first scenes and chapters, and I'm beginning to see the potential. Which shows the potential of all the other scenes as well. That, in turn, makes me more excited for editing and so I go back to it with renewed vigor. It's a cycle. And a good one.

I'm no longer afraid to make it worse, because honestly, it couldn't be much worse. And that is SO freeing! I can (I think) only make it better.

So don't hold back! Edit away. But remember, keep a virgin copy of your first draft. So you know and remember all the hard work that went into it, and in case you do end up messing something up royally, or changing the plot and deciding it works better the old way, you have something to look back on.

Happy writing/editing!
Posted by Unknown at 12:00 AM No comments:

Sorry for my silence this week! Been fairly busy and/or tired all week. Work is killing me for some reason. Anyway! This week's snippet.

A recently rewritten scene in the beginning. Hope you enjoy.

“Why have we stopped?”
Damon suppressed a sigh. “Nicholai.”
“Why have we stopped?”
Turning to face the blond-headed vampire, Damon gave into the sigh. “We have stopped because Alucard placed me in charge and I said to stop.”
Damon could imagine the sound of Nicholai’s teeth grinding. “Wh-”
“Before you ask again,” Damon began slowly, as if explaining to a child, “We have stopped because we do not wish to appear aggressive. The Elves who protect the boy must make the first move.”

Give It A Rest

[APOLOGY: I am so sorry I have not yet gotten up the interview K.R. Green and I did with S.M. Boyce. If you follow me on Twitter you may have noticed I tried right before bed, but I didn't want to screw it up. My schedule is so wonky right now... I feel like I'm sleeping more than ever but I'm more tired every day than I have ever been. Doctor's Appointment tomorrow morning, as well, so I don't know when I'll get that video ready and up. Hopefully by the end of the week!]

I don't remember exactly when I finished Mortality. I think it was around December. But as soon as I typed the last words, I wanted to jump straight into editing. I was so in love with what I saw that the book could be. So I did. I jumped right in. Wrote a single scene of prologue, and then stopped.

If I'm right, and it was December, I've been stopped for four months. I haven't done a thing. I've looked at it. I've re-read it many times. But I haven't done any editing. Until Sunday. I was talking on Skype with K.R. Green (pre-interview) and she kinda got me back to it. I've got two new scene's started. They're not finished yet, but they're started. And it's going pretty smooth.

My point is. Some writers go back and edit straight away. They can't let a book sit. I thought I couldn't. I had so many grand plans for the rewrite and I didn't want to forget a single one of them. I wanted it all done right now.

But, I think, when I went to go actually edit, I was afraid of making it worse. I know it's bad right now. Oh it's so bad. But you know what? It's a first draft. It's OKAY for it to be shit. The second one is probably going to be shit, too. But hopefully a smaller pile. Or perhaps a little less rank.

If you are new to the writing game, and have a first draft under your belt. Go ahead. Edit right away if you think that's the person you are. This was my first finished draft of any long piece of work. I thought I was that type. Don't be discouraged if it turns out you're not. Go ahead and set it aside for a few months. Maybe work on something else. But get back to it.

Don't let it sit aside indefinitely.
Posted by Unknown at 8:59 PM 2 comments:

Hey folks! We're back on schedule with your regular Short Snippet Sunday!

This is from near the end of Mortality. Still first draft scene I'm afraid. Bit of a teaser. Don't want to give away too much now, do we? Ta ta for now!

Oh yeah! K.R. Green and I have an interview S.M. Boyce and I here in a few hours! Look for that on Monday!


She was barely breathing, and she only realized this when she started seeing stars. Taking a gasping breath, she finally pulled her eyes from the head on the ground, and looked up at Damon. As she met his purely black eyes, she nearly stopped breathing again. He hadn’t been able to let go of the Ahrin on his own last time, either.

But Damien had relinquished it just before-. Just after the wound on his throat.

Posted by Unknown at 8:35 AM No comments:

A Heart of Poison 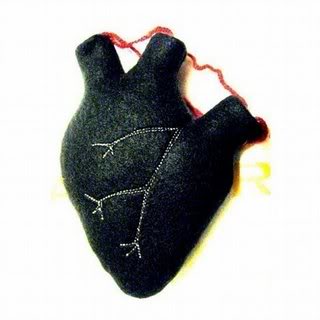 Ideas can come from anywhere. ANYWHERE.

The title of this post is a working title for an idea I recently had. You want to know what it was "inspired" by? A song I hate, sung by an artist I detest.

Say what you want to about Taylor Swift, I think she needs to grow up.

Her song "Love Story" plays at my work place once a night. About a week and a half ago, it was on. I was letting my thoughts roam and I realized it was the most UNoriginal use of Romeo and Juliet I had ever heard. Even Gnomeo and Juliet was more original.

My mind continued to wander and I hatched upon this idea. What if Juliet DIDN'T kill herself after Romeo? What if, instead, she took it upon herself to kill those responsible, in any way shape or form, for his death? And what if it were in a steampunk setting? I think, with how many twists (I haven't even listed them all here) I'm using, it won't look a thing like Romeo and Juliet at the end. But that's okay. I don't want it to.

Anyway, my point is. Your ideas can come from anywhere. Yeah, some of them might not be any good. But you must sift through the bad in order to get to the good. Let the ideas, good or bad, come to you when they want and always keep a notebook handy. (I use the memo app on my phone, or a sharpie and the palm of my hand.)

Also, don't be afraid to take inspiration from other works. If, when you're writing, it seems to be too close to your inspiration. Change something. Make it a drastic change. I did something similar with a book of mine. It was too similar to Brandon Sanderson's Mistborn Trilogy. So I changed... well a lot about it. It's now nowhere near it. I think.
Posted by Unknown at 7:04 PM No comments: 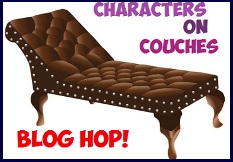